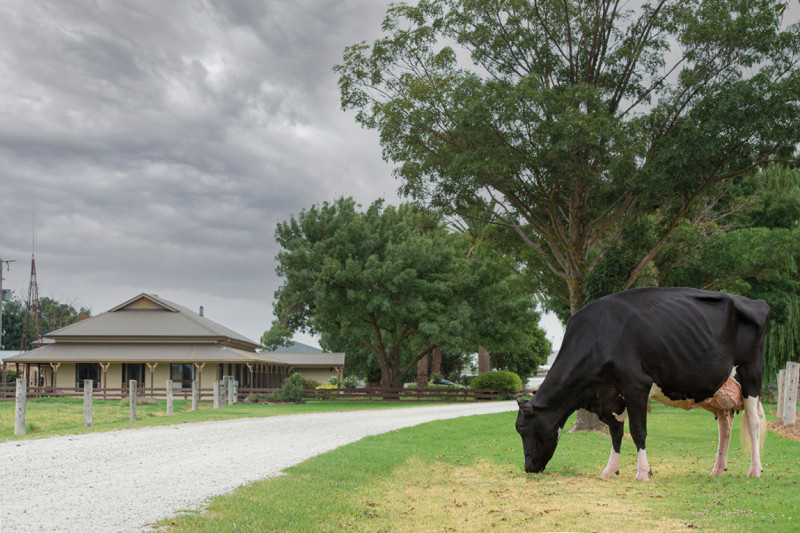 The Elmar herd in northern Victoria has often made news headlines over the past two decades, principally via the exploits of their Jessica cow family. Three years ago the move was made to confinement housing and away from pasture grazing, with an impressive response in milk production.

April 22nd 2021: That was the date of what was regarded as the most successful single vendor sale in Australian Holstein history, the Elmar Extravaganza, at Leitchville in northern Victoria. Buyers placed their bids, both in person and online, in the hope of taking home a Jessica…and why not? From as far back as 2003, the world has had a growing love affair with the Jessica cow family. That was the year when Elmar Leader Jessica was Reserve World Champion, attracting a legion of admirers from around the globe. And the family has developed and blossomed from there. In 2015, the Jessica’s claimed Grand, Reserve and Honorable Mention – the trifecta – at Australia’s national show at DairyWeek. And then in 2018 it was Elmar Goldwyn Jessica 11 who was national Grand Champion. ‘We had been building for this sale for some time. We had it in our minds for a few years that we wanted to have a major sale and had been expanding the numbers of our Jessica family especially for that reason,’ explains Deanne Hore. ‘We picked some from each age group, including some of our best animals, with an emphasis on the Jessica family.’ The sale averaged $10,492 on 65 lots, with a top price of $46,500 for Elmar Solomon Jessica 7. Indeed, 32 Jessica’s sold that day at an average of $12,500. ‘We were thrilled with the sale. It’s very rewarding to breed a cow family that is highly regarded and can make a positive contribution to the breed,’ comments Deanne.

The Hore family has been involved with the Holstein breed in Australia for almost a century. It was the late 1920s when Steve’s grandparents, Elsie and Martin Hore, established the Holstein herd on a small 160 acre farm and adopted the prefix Elmar, taken from the first part of their names. In the 1960s they imported a New Zealand cow that was the foundation of the Josephine cow family that became quite prominent in the breed. Steve’s parents, Geoff and Rosa, continued to expand the original farm through to 500 acres. More recently another 1,000 acre property 25km from the home farm was added, this being the farm where Deanne grew up. ‘Initially we took the young stock over there but now that we are moving more to confinement housing we use it for growing fodder and bringing it home,’ explains Deanne. Steve and Deanne have a daughter, Kelsie, who works in the marketing department at Genetics Australia. They also have two sons; Brady, who has a 50-acre farm across the road and is involved in the business, and Marty, who is a professional football player now playing Australian Rules Football for the North Melbourne club.

Over the last three years, two large open-sided dry-lot compost-bedded barns have been constructed: The first one houses the 450-cow milking herd while the recently completed one is divided into pens for fresh cows, dry cows and heifers. ‘The big difference with the cows in the shed is that we just never see them with heat stress now. The barn has sprinklers and fans and the cow comfort makes a world of difference when it comes to production,’ explains Deanne. In the past with the herd grazing all the time they relied on trees to provide shade in the heat of summer, and as the herd expanded, growing enough trees to shelter the cows was very challenging. It also makes a big difference in wet weather as the cows no longer have to walk through the mud. ‘Being able to supply them with a consistent ration all year round has really helped their production,’ adds Deanne. ‘We just don’t get the fluctuations along with the changes in the weather the way we did back when the cows were on pasture.’

Around 1,300 acres of the 1,500 acre (600ha) total is flood irrigated using a pipe and riser system. With most of the cows and heifers now being housed there has been a move away from annual pasture for grazing. Corn is grown for silage, and a major part of that land is then double-cropped into a wheat, barley and vetch mix which is the second major source of forage for the livestock. Vetch hay is also used in the ration. The grain ration consists of wheat, corn and canola meal, with some of that fed to the cows while they are being milked. The cows are milked through a 44-unit rotary dairy that was built 23 years ago.

The now 10-year-old Goldwyn Jessica 11 is one of the key donors for the regular embryo transfer program. A corrective mating guide is used. ‘Each year we get our heifers analyzed, which gives their top 6 traits and their bottom 6 traits. We’ve found this corrective mating system to be a wonderful tool to get consistency into our herd,’ comments Deanne. ‘We usually pick 6 bulls to use so we get around 100 straws of a bull when we purchase semen. We want to use enough from each bull to get a line of daughters. Typewise we are breeding for functional cows, and then sometimes you get lucky and get a fancy one to show. We really don’t try to breed for show animals. We haven’t seen any difference in the kind of animal needed for grazing compared to the kind that excels in our housing system. Our best cows when we were on pasture are still our best cows in the shed, just that they are all producing more under this controlled housing management.’

There are very few herds that are so intrinsically linked to one cow family in the same way as Elmar and the Jessica’s. Steve explains the origins of the family at Elmar in the 1980s this way… ’Just a few bids on a nice young calf that was in my price range as a 16-year-old when I was helping lead at the Northern Lights Sale.’ That calf, Barkly Starbuck Jennie, was later flushed to Astro Jet producing a heifer calf. At that time Steve was using his own prefix, Elmarste, and Steve chose to change the cow family name to Jessica: Elmarste Astro Jessica was the family foundation cow and grand-dam of Leader Jessica. The cow family has deep Australian roots and can be traced back to Ingolston Mooie Triumph 3131, born in 1926. Today the star of the family is unquestionably the 10-year-old Elmar Goldwyn Jessica 11. Adding the final touches to what has been a golden year in the history of Elmar, Goldwyn Jessica 11 has just been announced as the brand-new Australian Cow of the Year.

TO READ PDF: CLICK Elmar in Australia Home of the Jessica Cow Family 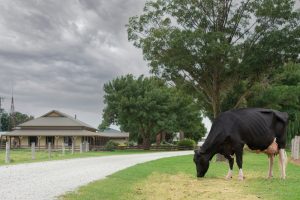