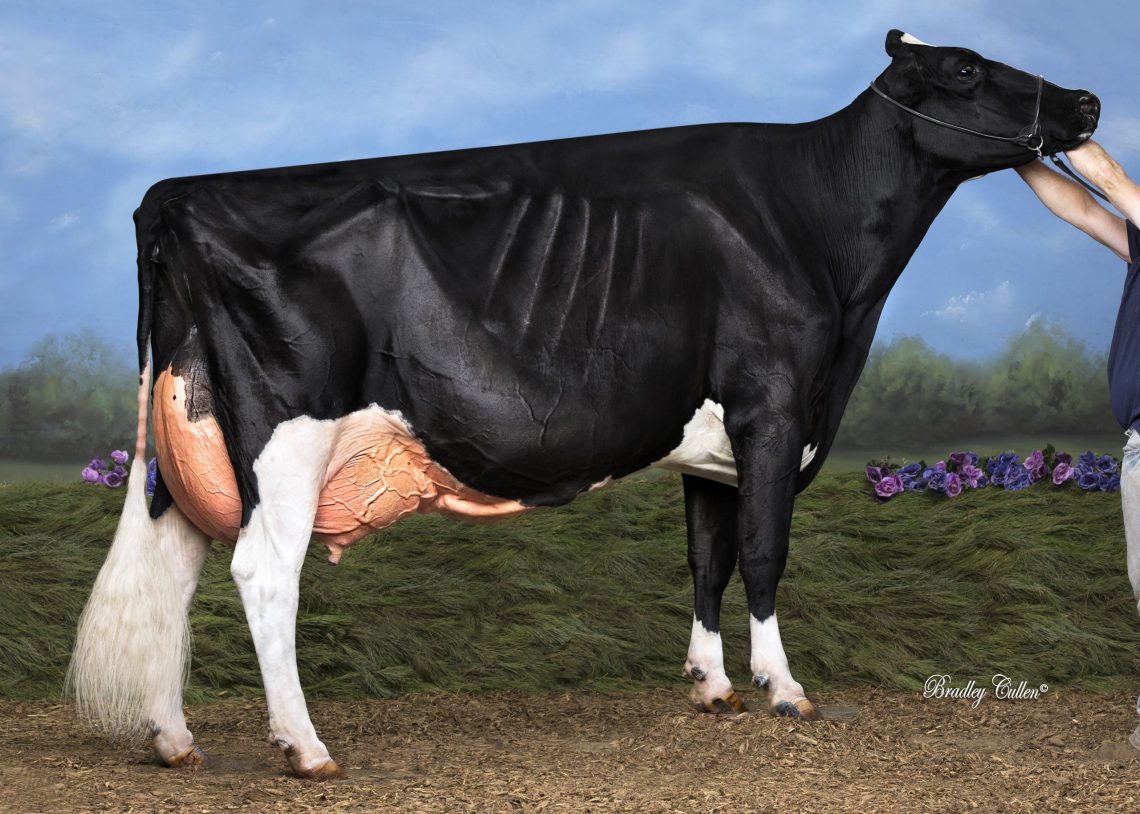 Leitchville dairy farmers, the Hore family, are celebrating after one of their cows was named the 2021 Holstein Australia Cow of the Year.

Steven and Deanne Hore, along with Kelsie, Marty and Brady, own and operate Elmar Holsteins. Not only is the stud one of the oldest studs in Australia – established in 1926 – it can now lay claim to the coveted ‘Cow of the Year’ title.

Elmar Goldwyn Jessica 11 took out the title in a competition adjudicated by the Breed Development and Conformation Committee of Holstein Australia.

“Our family is extremely proud to have won the cow of the year with Jessica 11. She’s been a favourite of ours,” said Steven.

The Holstein Australia Cow of the Year recognises all-round excellence in production, classification, breeding and overall contribution to the Australian Holstein breed. There were four finalists in the competition, two in this region including Clydevale Mrsam Pisa from Dee’s Clydevale Holsteins.

“It’s a really good competition, it promotes living Holstein animals that are having an influence in cow families. Not just on our farm, but in other breeders’ farms that have put their animals up for cow of the year. I think it’s a really diverse competition.

With the Jessica name renowned in the Holstein world, Deanne says they will use the accolade to put their brand and the Jessica 11 name out there. “It’s so easy to be able to promote worldwide and it’s great to have some interest and some feedback from all over the world as to what Australia’s doing, because we have great herds and we have great cows.”

Steven adds, “We’ll probably keep working with her and we’ll promote what she’s won. She’s done well along the way and she’s a pretty special cow with a pretty high profile already. It’s another feather in her cap.”

Steven describes Elmar Goldwyn Jessica 11 as the package cow – a lovely natured Goldwin that loves showing and parading. “As soon as you grab the halter and wash her up, she seems to know.”

The title hasn’t gone to Jessica 11’s head, she has remained grounded. “She’s the all-round cow – and she runs in the barn with the other 250 cows on that side most days of the year. She’s not a lollipop cow, she mixes it with the others, but then she likes to get dressed up and get fancy and do well for us,” said Steven.

In April 2021, Elmar Holsteins made history when it held the Elmar Extravaganza sale, selling the progeny of Elmar Goldwyn Jessica 11 and setting a national record for a single vendor on-farm sale. 59 females averaged $10,355 and nine embryos averaged $6,933. Elmar Solomon Jessica 7 VG89 MAX was the top selling cow at the extravaganza, reaching $46,500, and was the highest priced cow auctioned in 2021.

The stud has just announced another sale, Elmar Extravaganza 2.0, to be held in autumn.